The Unbearable Lightness of Pesto (A Post on Pesto in GreatbrItaly) 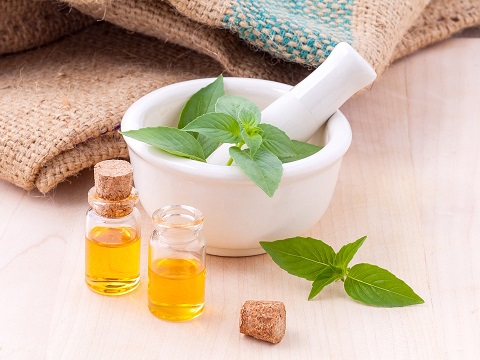 Long gone are the 1980s days of pop culture, tinned meat, cheap cardboard bread sandwiches with a leaf of slightly deceased salad, and a tonne of salad cream. Also long gone are the Saturday nights when the highest apex of sophistication was ditching Top of the Pops and chips in favour of eating the très decadent prawn cocktail – four pinkyish defrosted prawns, some leaves of slightly deceased salad, and a tonne of slightly pink cocktail blob, pardon me, Thousand Islands dressing. And no one is missing any of it, are we, Reader? Now Britain is (almost world)-renowned for its amazing variety of first class restaurants, for the renaissance of its pride in handcrafted, artisanal food products, for the incredible gourmet interest of its people for international food, for recipes, for ingredients, for tasting, trying, and titillating the national palate with anything and everything. As long as it’s truly good, Britain will cook it, eat it, and talk about it without feeling too risqué or too continental (European?!), just like all any other sane country in the world (namely, just like Italy – or almost, anyway).

Nevertheless, there was a time when no one this side of the White Cliffs of Dover would have even dream about being perverted by the four ‘ps’ (pizza, pasta, pesto, and Parmesan), a sort of GreatbrItalian gastronomic Fab Four. There was a time when not many this side of the Channel knew that delicacies like Porcini mushrooms even existed, especially in their very accessible dry and packaged version, or knew what bucatini are. There was a time when only a selected few could spell aglio e olio correctly (and even fewer could actually pronounce it), when mozzarella was impossible to find in almost any supermarket, not just in, say, Butterton, Lochinver, Llanglydwen or Frinton-on-Sea, but not even – even! – in London. Oh, the horror!

More horror as I too, Reader, remember all this. Oh, dear, yes, I do. Until the very early 1990s, there was no sign of a mozzarella cheese (can we please finally drop the ‘cheese’ specification? If we are all here today, it means we kind of know what we are talking about), a decent pasta that would not stick to the pan (usually by an Italian brand, at least back in the day), a pizza that could more or less resemble a… pizza, or a pot of real pesto. Or even recipes to make pesto at home on every issue of every food magazine. Ah, il pesto (alla Genovese) … that thing that did not exist in GreatbrItaly twenty years ago, and now seems to be a ubiquitous presence on the British menu. How very GreatbrItalian! 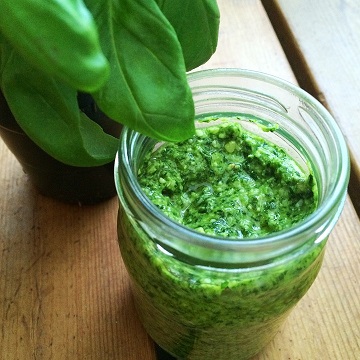 In Italy, in fact, people only use pesto as a sauce on the pasta, usually trofie or trenette, sometimes with added potatoes and green beans, often also on the gnocchetti, maybe even on slices of fresh tomato, but never, dearest Reader, never as a spread on bread, in wraps, on fish, on meat, on baked beans, or with rice. And what to say of the endless variations like rocket pesto, pesto with lettuce, pak choi, or the oh so fashionable kale? (Which reminds me that I need to write a post on Italian food fascism, as a friend of Beppe Severgnini apparently described it – see related post on his Italians in Italy book: if great-great-great-grandmother would have used red onion, you would never, ever use white onion, for fear of being excommunicated).

In the British cookery writer Arabella Boxer’s Book of English Food (1991, 2012, Fig Tree/Penguin) there is a fascinating portrait of the brief flowering of 1920s-1930s English cuisine that starts with an interesting critique of the GreatbrItalian taste’s post-war arrival on the English table. During the outbreak of world war II and after it ended,

“food rationing dragged on for fifteen years, and when Elizabeth David’s first book, ‘A Book of Mediterranean Food’, was published in 1950, it found a public starved of foreign travel and of interesting food – for monotony, not hunger, was the curse of our wartime diet. The reading public embraced this vision of a Mediterranean world wholeheartedly, and with an enthusiasm that has never abated. Restaurants with names like Le Matelot sprang up, with strings of garlic and fishing nets incorporated in their décor. These were soon followed by a rash of Italian trattorias, and our own English food was forgotten. The misplaced passion for foreign food still continues; today it is north Italian food that dominates the scene, with its robust dishes of sausage and polenta, Parmesan and olive oil … All this is intrinsically good, and enjoyable in the extreme when eaten in Tuscany, or in a good restaurant, but it does seem slightly ridiculous that pesto should have become a national dish” (pp. XII-XIII).

Apart from possibly and subtly making one woman solely responsible for stirring an entire nation towards all Mediterranean flavours and diet, I am entirely not sure what a people of cappuccino-crazy, curry and kebab lovers could truly make of this. And also, I am afraid Tuscany is an Italian region in the centre of the Bel Paese. Italian food fascism, and geography, would even force me to point out that neither polenta nor Parmesan are particularly Tuscan, although some of the best Italian olive oils are indeed. And pesto, the green stuff that we spread everywhere here in GreatbrItaly, is from Genova, capital of Liguria. We should definitely ask Alessandra Fasce, the 2016 winner of the Pesto World Championship, all we want to know about the green gold. She would even be able to teach us how to make it properly.